Edmark group of companies is divided into 3 companies:

3. ED2E ( Edmark to Everything) – Connecting MLM, Real Estate, Industries, Investors, Merchants and Consumers via the app know as EDPOINTS to bring about endless connections and endless rewards for everyone in the ecosystem.

To develop the Edmark City project, the sum of 100 million USD is needed by the EDC.

To raise capital for the Edmark City project, the EDC decided to use the block chain technology to sell her own private currency known as EDCOIN.

Edcoin is a crypto currency. The currency that would be used for transactions at the Edmark City. In other words, the Edmark City will be Cryptonized to become the first crypto city and block chain hub in Africa. Anyone coming into the city for either business or pleasure will transact with the EDCOIN.

With the sales of the EDCOIN, the general public and Edmark distributors can invest in the EDCOIN to become investors in the Edmark City project.

On 7th December, 2018 Edmark City Development Company Ltd officially launched a private pre-sale of the EDCOIN at 12 cent per 1 EDCOIN. The total EDCOIN unit to be sold will be 333,333,333 units.

By November 1st 2019, there will be a Pre-ICO (Initial coin offer). 1 EDC will be sold at 20 Cents. Total unit to be sold is 4,000,000 EDC. This simply means that by December, for investors that invested in the Edcoin as at the time it was sold for 12 cents would have got about 63% value on their investment.

By December 9th, 2019 There will be an official public listing at the Coin Market Exchange.

You can invest as follows :

ALSO, THE EDCOIN IS BACKED UP BY THE EDMARK COMMUNITY(1.6 MILLION DISTRIBUTORS WORLDWIDE). WITH THIS KIND OF READY MADE COMMUNITY, EDCOIN WILL APPRECIATE FAST WITH TIME.

The edcoin wallet is developed in the EDPOINTS APP from the Ed2E department. The Edpoints app is the newest cashless payment app. It use the QR code technology. It can be downloaded from Google Play Store or iOS Store. 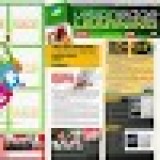